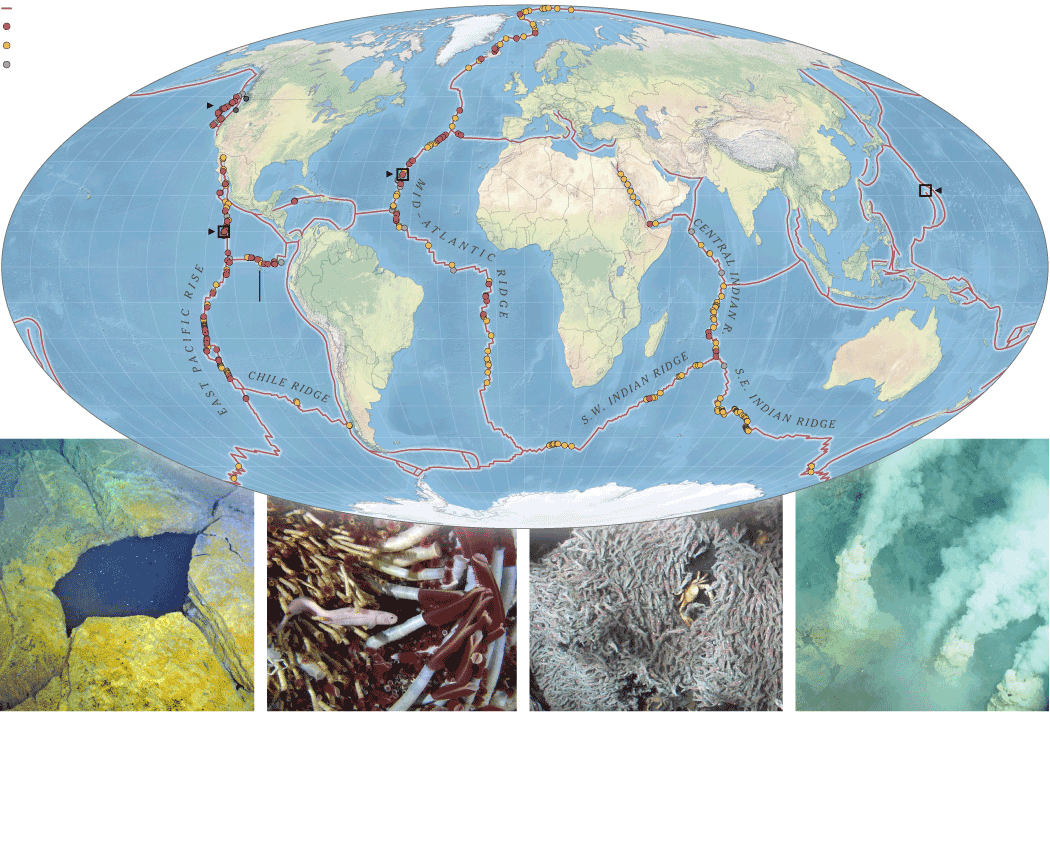 The riot of life coexists with springs hot enough to melt lead or the plastic windows of mini submarines. With extreme care, humans and robots have measured temperatures as high as 780 degrees… Oceanographers, the book says, have discovered vast swarms of unusually sturdy microbes thriving in dark volcanic waters as hot as 250 degrees — hotter than most boiling water on land…

More boldly, Dr. Tolstoy suggested that such mechanisms might help explain how the planet’s regular ice ages end so abruptly — long a mystery.

Ocean levels fall sharply in such bitterly cold periods as water is tied up in massive continental ice sheets. In a paper, she proposed that the reduced pressure on the ridges might let them erupt far more frequently. As a result, more carbon dioxide would spew into the ocean and, eventually, into the atmosphere, trapping more heat and warming the planet.

In short, according to this hypothesis, the ice sheets would eventually grow large enough to initiate their own destruction, refilling the oceans.

2 thoughts on “The 40,000-Mile Volcano; What Warms the Oceans Warms the Atmosphere”