Only the Left would celebrate a mass murder.

THE “HUMANIST” TERROR. Revolutionary courts and walls in Cuba (Source)

A secret flight to freedom. Thousands of Cuban children sent alone to live in a foreign land. CNBC profiles the extraordinary “Pedro Pans” who escaped Havana and found a new life in America.

Between 1960 and 1962, more than 14,000 Cuban children were secretly flown to the United States to escape Fidel Castro. Parents said goodbye to their children not knowing if they would ever see them again. The airlift over the Florida Straits became known as Operation Peter Pan. In Spanish, Operación Pedro Pan.

Our CNBC original documentary, Escape from Havana: An American Story, tells the fascinating story of a little-known chapter in American history. (Source) 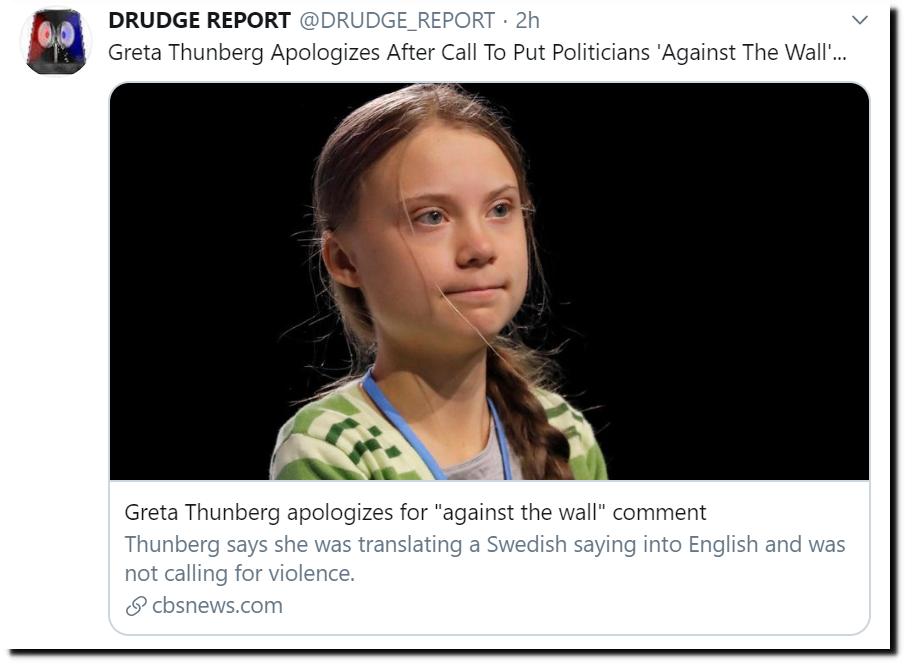 2 thoughts on ““We will make sure that we put them against the wall;” Totalitarian Greta Thunberg Time Magazine’s 2019 Person of the Year”