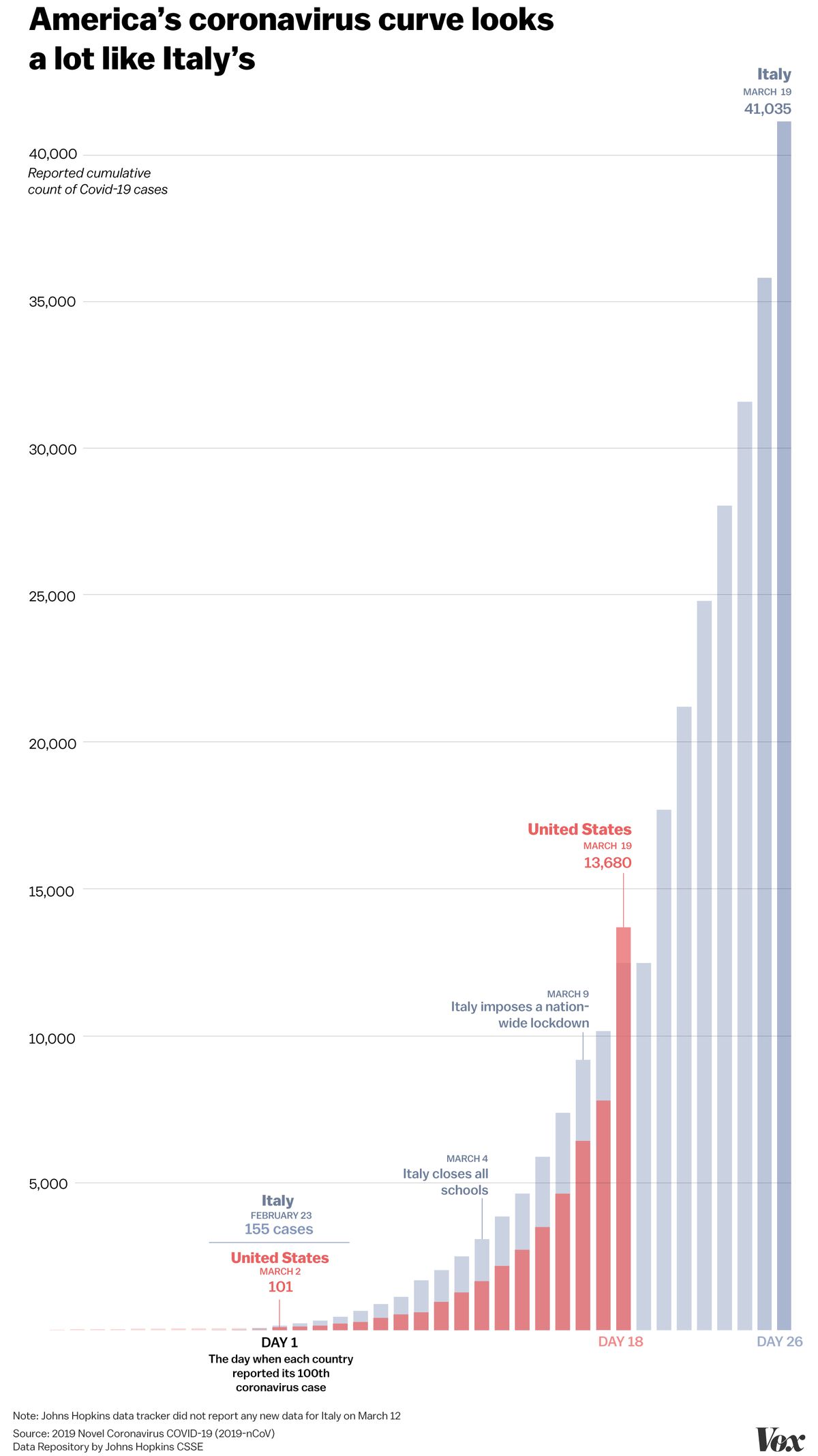 Why we’re not overreacting to the coronavirus, in one chart
Italy tried to stem its outbreak, belatedly. We’re on the same course. (Source)

If this graphic is accurate, and I have no reason to believe it isn’t, it is exceptionally good news for America and the leadership of President Trump. This apples to Volkswagen comparison looks scary…but it isn’t. America has 330 million people, Italy has 60 million and a socialized medical system. On a per-capita basis, we are basically 5.5x better off than Italy. Sure our absolute numbers may match, mostly concentrated in 3 States, but on a per-capita basis, the US is far far far better off.

What that chart is likely to ultimately demonstrate is how successful President Trump’s leadership has been in handling this pandemic. No thanks to the Democrats.